Lesser fish would sulk at being called a ‘flathead’, but not this beautifully camouflaged ambush predator. They rise above the name we’ve inflicted on them, continuing to inspire generations of lure fishermen by pouncing on everything we throw at them.

There are a number of flathead species in Australia, inhabiting estuaries and the open ocean. In my part of the country, I use my kayak to chase dusky flathead in estuaries.

Flathead respond well to baits, particularly live ones like poddy mullet. But for me, chasing them with lures is the way to go. The most important things to remember when lure fishing for flathead is that they live on the bottom and move with the tide.

Flathead bury themselves in the sand or mud, relying on their camouflage to remain hidden until an unsuspecting fish or prawn passes by. Then with an explosive surge, flathead ambush their prey. So it makes sense to use lures that get to the bottom.

Tide plays a big part in determining where flathead will position themselves in an estuary. The tide determines where the baitfish will be, and the flathead follow the baitfish.

On a rising tide, water floods the sandflats and small fish like mullet move up into the shallows. They can escape the pesky predators in deeper water and hide between the mangrove roots. Flathead know this and also move up onto the flats during high tide. So on a high tide, fish lures over the flats.

As the tide falls, the baitfish start to get nervous, with good reason. The flats are draining and before long they will have to leave their safe hideouts for deeper water. Look for the channels running off the flats into deeper water. Flathead will position themselves here. Work the drop-offs and look for patches of weed as these are also prime spots. 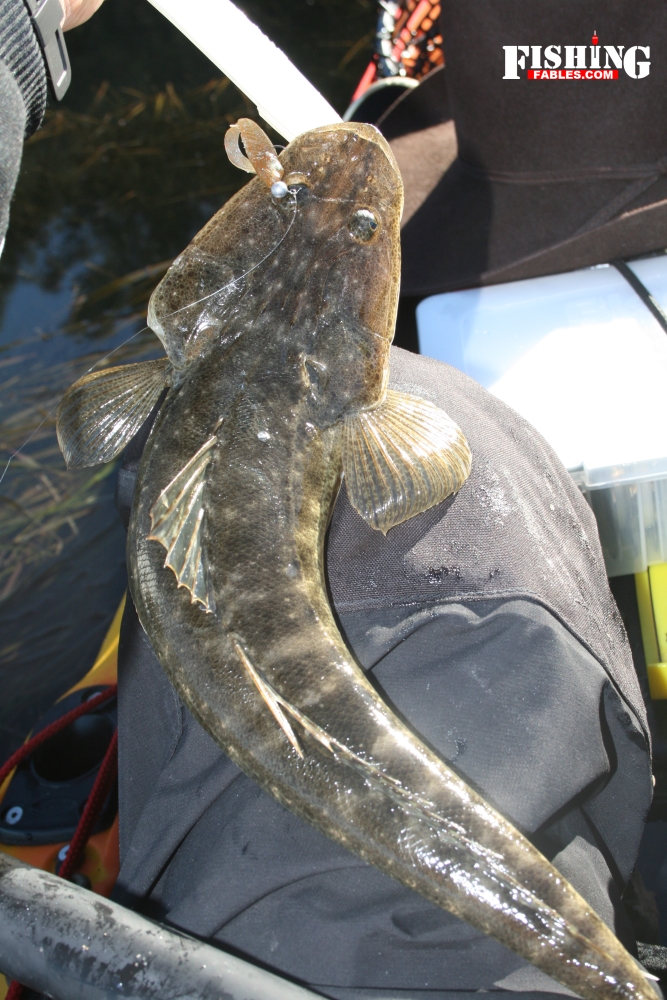 Lures
Hard bodied lures in baitfish patterns work well. I used do all of my flathead fishing with them, quite often trolling lures behind my kayak along drop-offs. The most important tip is to have a selection of lures with you that dive to different depths, so you can adjust according to water depth and get that lure along the bottom. 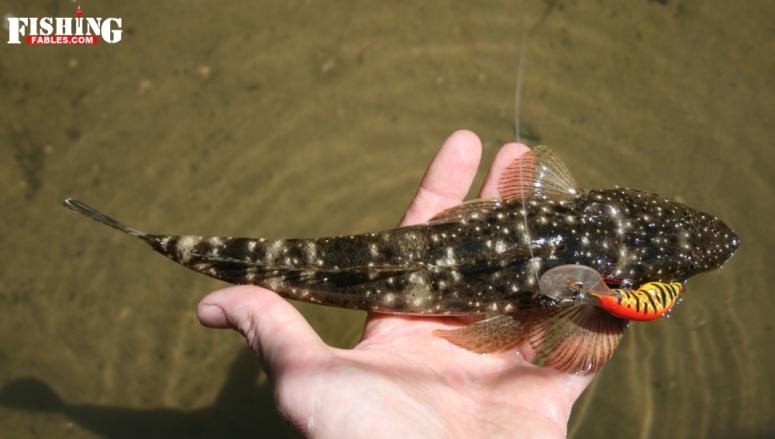 While lures are effective, in my opinion today’s selection of soft plastics are the best for flathead fishing. That’s because soft plastics bounce along the bottom, right in the flathead’s strike zone. There’s a world of plastics out there, all of which will work, so have fun finding your favourite.

Choosing the weight of the jig head is the important part – just enough lead to get the soft plastic sinking with some action. You don’t want a brick on the end.

When it comes to the action of working a soft plastic, it’s like dancing. There’s a lot of individual styles out there. You’ve got your subtle single twitches, extroverted double jiggers and super cool slow rollers. Thankfully, I know my limitations on the dance floor and keep it simple. I usually give the soft plastic a light twitch off the bottom in shallow water, and bigger double jig in deeper water.

Once you’ve jigged the soft plastic up, let it fall to the bottom again, you’ll be able to tell when your line goes slack. Then repeat the process.

For estuary fishing, your standard 7 foot spinning rod and a 2500 reel is fine. Braid for the main line and a fluorocarbon leader. Flathead will bite through leaders so be careful. I use 10 pound leader as a compromise – light enough to retain the soft plastic’s action, with a little bit of protection against being bitten off. But I still get bitten off at 10 pound and I know a lot of anglers that fish heavier as added insurance.

One final piece of advice – back off the drag as the fish nears the boat or kayak. Flathead will usually make a big run at this stage and many an over-excited angler will snap their line in the final moments because their drag is too tight, or because they exert too much pressure with the rod. 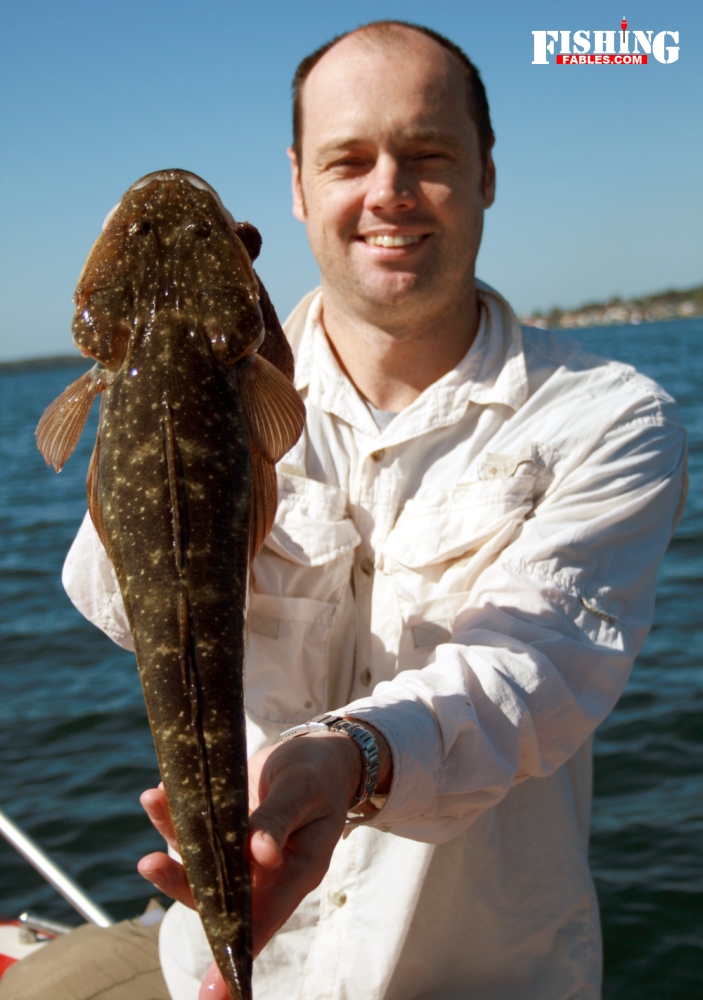