Anticipation was high as we began our early morning paddle up a tributary of the mighty Hawkesbury River. It was still and the water reflected the beauty of the surrounding Australian landscape.

As we glided silently upstream we began to hear cicadas. What a welcome racket they were making. Music to the ears of Australian bass addicts.

My casting hand began to twitch. I knew I had to paddle a little further upstream but the anticipation was overwhelming. I glanced over to my fishing buddy Greg. He was pedaling his Hobie with a quiet look of determination on his face but his casting hand was also twitching.

This time I was planning a different approach to my bass fishing. Usually, I fish with an ultra light spinning outfit, flicking small lures around for whiting and bream. I had been using this method for bass as well. But I wanted to try fishing bigger this time, with an overhead outfit and a ‘don’t argue’ sized Jitterbug lure. 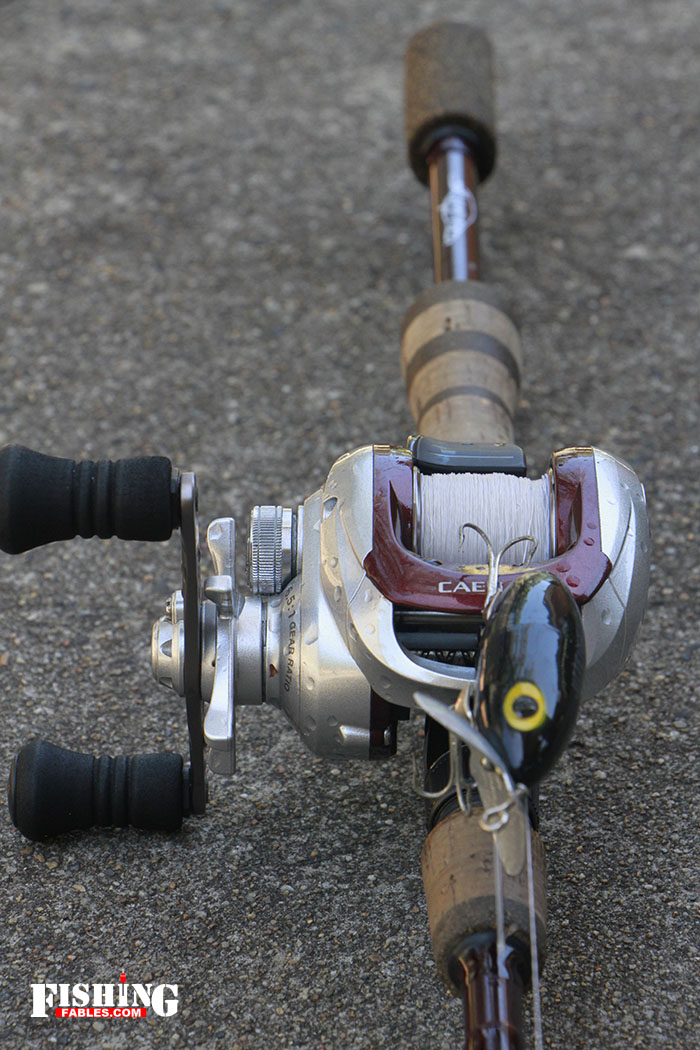 My first fish came after half an hour of casting. I had guided my kayak into a spot that looked promising. Rocks to the left, a fallen tree to the right and a bank shaded by overhanging ferns in the middle. Straight out of the textbook.

I responded with an average cast that fell short of the bank by a foot or two. It was going to be one of those occasions where a cast that didn’t deserve a fish resulted in one. I was reeling the Jitterbug back slowly, not really concentrating, when smash! Out of nowhere a bass smashed the lure and went ballistic, launching out of the water. What an adrenalin rush!

Meanwhile, Greg had also been getting into the action with a few bass that fell to a small cicada imitation lure.

After a few hours fishing we reached the upper reaches of the tributary. We parked our kayaks and set off on foot, hiking through thick bush to reach freshwater pools above the tidal reaches.

Greg managed two bass from the freshwater pools. The first along the edge of a weed patch, the second under the shade of a tree up against the bank. The fish were small but a welcome reward for the effort.

When we made it back to our kayaks an hour or so later, it became evident the tide had fallen with a vengeance. Our kayaks were left perched on rocks way above the water level.

What an amazing morning on the water it was. I was lucky enough to catch my best bass of the season. It smashed my black Jitterbug and was a little more than 40cm in length.

What I learned from this trip is that bass like big lures. Landing a large lure like a Jitterbug on top of them didn’t scare the bass at all, it produced amazing reactionary strikes. I also caught bigger fish with a larger lure, although this could just have been luck. Who knows, but I will certainly be fishing bigger lures for bass over coming months. Let’s face it fellas, size does matter.